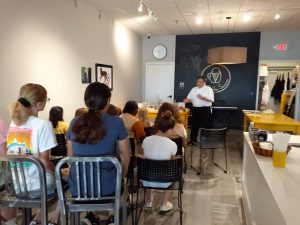 Today, Jesse Vega, chef of Golden Scoop, had a sweet treat for a visiting Girl Scout troop this morning.  The troop was attending a demonstration of how to make vanilla ice cream, preceded by a short history of our café delivered by the chef himself.  The troop listened attentively as he explained how each of Golden Scoop’s employees has unique abilities and what forms they may take.  He then expressed the desire that the upcoming demonstration would lead some of them to consider the culinary arts themselves.  If the following presentation was any indication, that desire just might be answered.  After all, who wouldn’t want to make ice cream for a living?  Then, it was time for the main event!

“Now, the most important thing to remember about making ice cream…is that the ice cream bowl is in the freezer,” the chef said with a laugh as he went to retrieve the forgotten equipment.  Once all ingredients and equipment were present on the table, Chef Vega began mixing them together, before putting the mixture and some salt into the frozen, covered bowl to set.  Here is a video of Jesse at the beginning of the demonstration!

The resulting treat was then eagerly sampled by the troop.  Afterward, it was time for more ice cream as the girls lined up by the counter for an ice cream and cookie!  Usually, a dozen-odd little girls fueled by copious amounts of sugar is a recipe for disaster, but they were surprisingly well-behaved despite the ominously oncoming sugar rush.  The parents sipped their coffees and munched on cookies and the occasional cinnamon roll as the noise level gradually increased.  All too soon, it was time for the troop to leave and we bid them goodbye with promises to return.

It was a successful day marked by a fun demonstration which captured the troop’s full attention (and appetites).  We thank the troop for visiting us today and hope they visit us again soon.  Also, thank you, Jesse, for all the hard work you do for us!  Today was a big demonstration of what you do both behind the scenes and behind the counter in keeping our café running as smoothly as it does.  And, of course, without Jesse’s delicious ice cream recipes, we wouldn’t have received a Yelp Award for “Best Ice Cream Shop in Kansas” yesterday!  That in itself is a resoundingly positive acknowledgement of everything you do for us, Jesse.

Oh, and drop by the café soon.  Nicholas is our current Scooper of the Month, so if you like Reese’s Peanut Butter Cups and you’re looking for your next peanut butter fix, we’ve got just the thing to delight you.

Here is Chef Jesse Vega’s own recipe for vanilla ice cream, if you’d like to try making it yourself:

This recipe will yield about 5 cups or 1-1/4th quarts.

Mix-ins and customizing your own flavor: 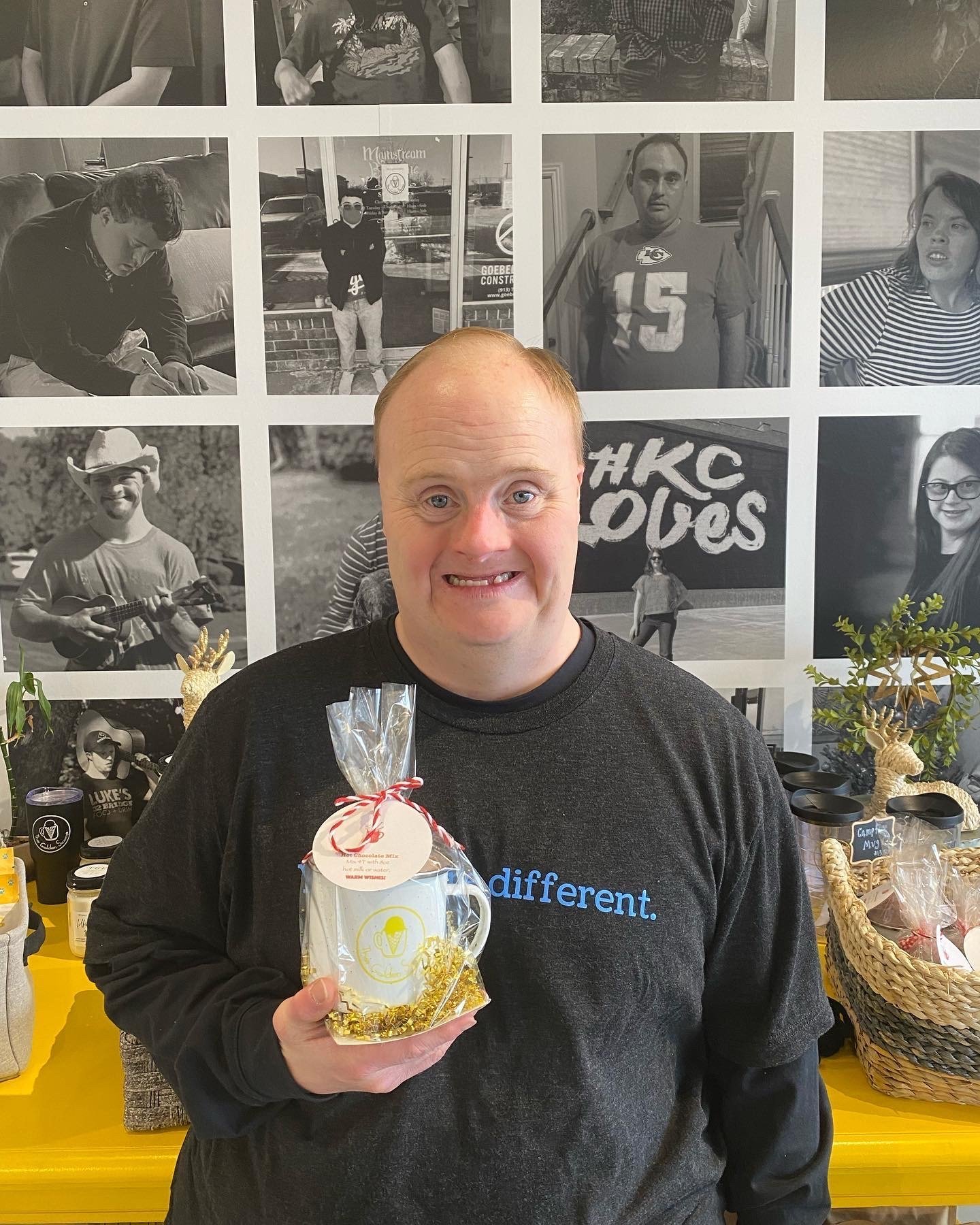